Lab 1 of Scottish Crucible 2017 has begun, with 30 of Scotland’s future research leaders welcomed to the Royal Society of Edinburgh where they will spend the next two days learning, collaborating and innovating.

During the six day programme, spread over three months, Scottish Crucible aims to enable the 30 Cruciblists to think differently and go back to their work inspired. The programme has been put together with the express goal of helping participants discover skills and attitudes likely to make their research more innovative and to return armed with a greater understanding of how science can benefit society and how thinking creatively can really make a difference to their work and their career.

The focus for Lab 1 is on engaging with the media and policy makers. On day one Cruciblists heard from alumni on their experiences in the media. The lab was facilitated by the BBC’s Vivienne Parry, who also imparted her top tips for working with the media. The day concluded with a networking dinner at the RSE, with the Cruciblists joined by guests from academia, industry and policy, including Professor Richard A Williams, Principal, and Vice-Chancellor of Heriot-Watt University, and Prof Sheila Rowan (Chief Scientific Advisor, Scottish Government). The second day was hosted by the Scottish Parliament, with speakers from both the Scottish Parliament and Scottish Government  on how academics can work with policy makers. The day concluded with a panel of policy experts including Sir Paul Grice, Chief Executive of the Scottish Parliament and Dr Audrey MacDougall, Chief Social Researcher at the Scottish Government.

From over 100 applications from across Scotland, the panel of RSE Fellows selected the Cruciblists from areas such as health, engineering, medieval society, biology, neuroscience, mathematics, fluid mechanics and computer science.

Find out more about who was selected for the programme on the 2017 Cruciblists webpage.

6th and 7th July – University of the West of Scotland

You can follow the programme on Twitter by following @ScotCrucible, and get in touch if you have any questions about the programme and our supporters. 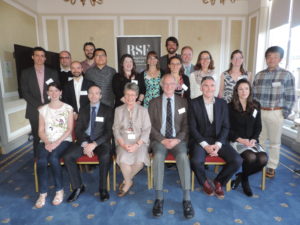 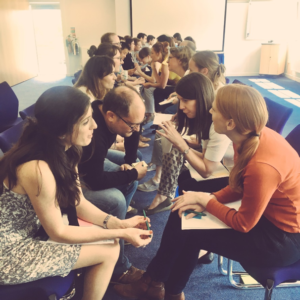 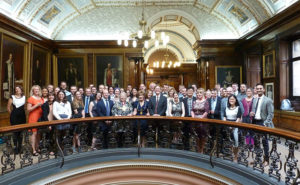 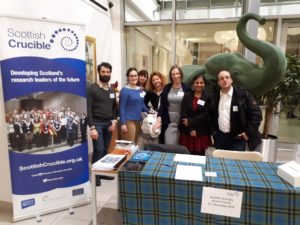 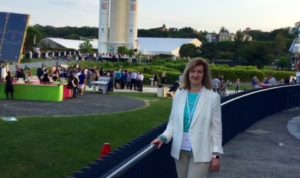